With the objective to maintain high-quality standards for the Hummingbot Client, whenever a Release Candidate deployed into the staging branch, Hummingbot Foundation asks the community to test, review and contribute with fixes to that branch before the final release of the month.

This thread lists which Pull Requests have been added to the Release Candidate, and how Hummingbot Community members can contribute to maintain the high quality of every new release.* 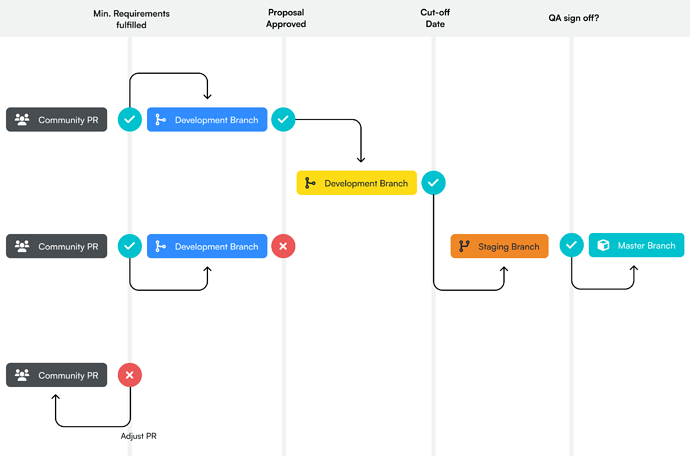 The deployment of a new version of the Hummingbot Client Release run through the following process:

Contributing to the quality of a new release

Here are some ways to contribute to maintaining a high quality standard of the Hummingbot Project:

NOTE 1: All reports related to issues found on the staging branch should be reported on this thread, to allow all the community to track the issues found.

NOTE 2: A proposal to reward bug findings/fixing have been approved here. 1 Million HBOT is allocated fof Bug Findings and Bug Fixes. Check the proposal for detaisl on how to participate.

The following PRPs have the respective vote finished before the end of May:

Hotfixes are urgent Pull Requests are needed to fix high-priority bugs/vulnerabilities before the final release.