Hummingbot as an API

Currently Hummingbot functions as an application. The logic, data and view are not well separated. It would be interesting to refactor the core logic of Hummingbot and expose it as an API. The current Hummingbot view would still be available in the same form, but under the hood it would be an application talking to an API.

I would like to gauge interest in this project from the community users and developers. I have found two related issues in the hummingbot github repo: Run as normal command-line daemon and Externalize core hummingbot events to Kafka. It would be a large project.

Agree 100%! I will support this proposal. Currently hummingbot is a monolithic application, which limits scalability, extendability and reusability. By having Hummingbot Bots to provide their own API, it will be easy to build applications on top of that, such as community-driven GUIs and TUIs. It will be a huge upgrade for extending current capabilities and allow for easier integration of community-driven addons/plugins/etc.

I am interested to work as a developer on this!

i think it would be nice if the API also asynchronous (not REST API) using ZMQ or Kafka or even something lightweight message passing. so it can insert the command into the existing tick/ event loop and change the behaviour without need to restart the whole instance.

Agree. We should use message queuing middlewares, such as Kafka, RabbitMQ, MQTT brokers, Redis, etc. I would go with MQTT for easier integration with web components (e.g. front end GUIs).

I have developed a framework in Python for my PhD, for high-level message-driven communication over message brokers. It abstracts low level middleware-specific information and allow for the creation of PubSub and ReqRest (and many more) endpoints in distributed systems. We can use that to implement the aync API. We can even build hybrid sync/async APIs using commlib. 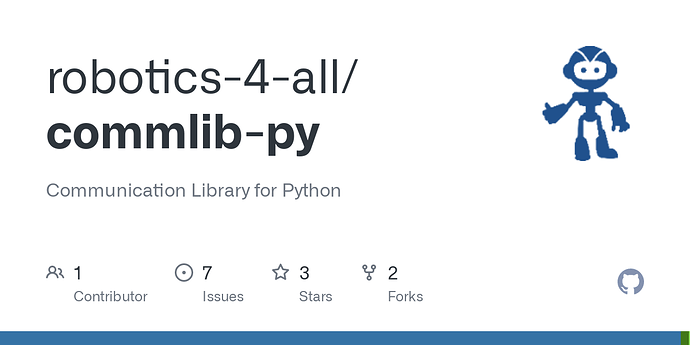 Communication Library for Python. Contribute to robotics-4-all/commlib-py development by creating an account on GitHub.

P.S. I am currently working on a Kafka transport layer for commlib.

i think this thread has given the clue for us to get started.

**Feature Suggestion** Currently Hummingbot takes over the terminal where it ru…ns with its text-based UI. Sometimes, however, this is undesirable and normal command-line stdout application functionality is preferred. * A developer might want to work directly with a terminal (stdout) based application allowing effective using of the Python command-line debugger and other Python development tools * Macbook analogue mouse devices (trackpad, Apple mouse) cannot handle terminal panel-based scrolling very well, making text mode based panes unscrollable and unusable when running on Mac * Running bots in a farm in "headless mode" where it is not practical, or desirable, to attach to individual bot instances to give them commands over console * Allow remote bot operation via process signals **Impact** * Create a new entry point and launch script that are similar to `HummingbotCLI` * Do not initialise text mode panels * Stream logs to stdout by default * Accept commands like start and stop over process-based [signal handling](https://en.wikipedia.org/wiki/Signal_(IPC)) * Cleanly shutdown on CTRL+C (SIGINT) **Additional context** Happy to implement this if the feature is deemed interesting and mergeable. ┆Issue is synchronized with this [Clickup task](https://app.clickup.com/t/1raky0y) by [Unito](https://www.unito.io)